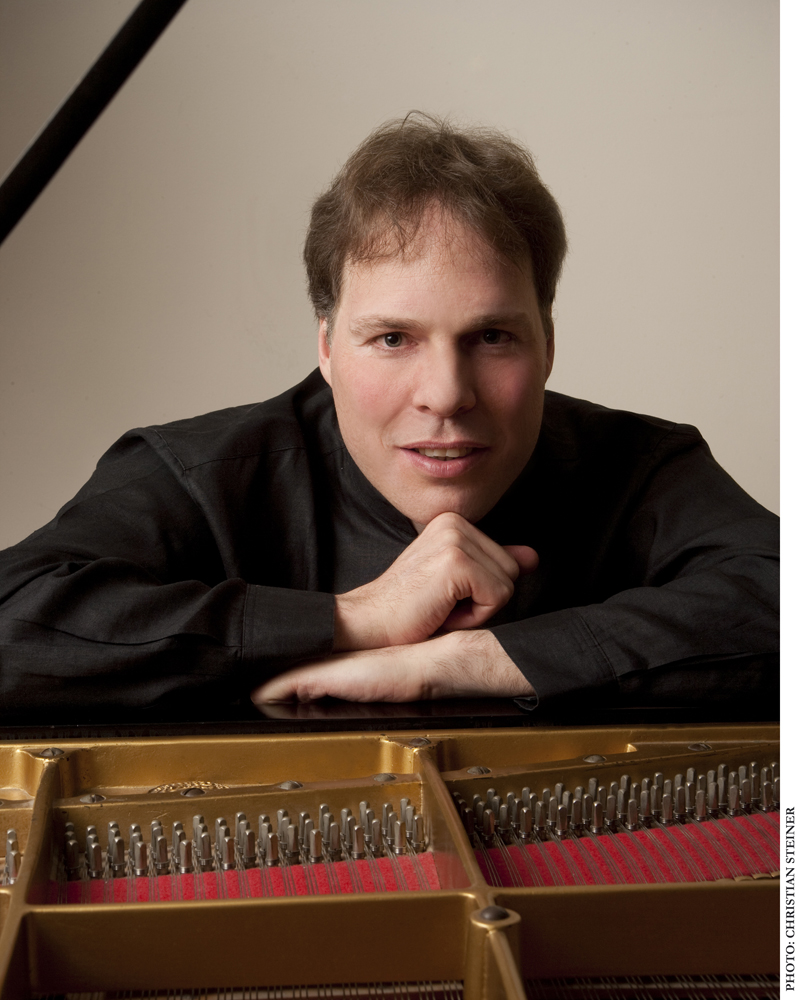 Alon Goldstein, Piano
Saturday, May 2, 2015, 8 P.M.
Alon Goldstein, piano, in a program bridging the gap between the Romantic and the Modern musical periods. Works by Shubert, Liszt, JanÃ¡Äek, and Debussy provide an eclectic survey of where music was heading prior to the disrupting events of the first half of the 20th century.
Note there is a change in the program.
Schubert, Sonata No.19 in C minor;
Liszt, From AnnÃ©es de pÃ¨relinage; Last scene from Wagnerâs Tristan and Isolde;
Janacek, Piano Sonata I.X.1905;
Debussy, Selections from Preludes, Book II.
It is a pleasure to welcome back Alon Goldstein to the Serenata Music stage after a four year absence. He is one of the most original and sensitive pianists of his generation, admired for his musical intelligence, dynamic personality, artistic vision and innovative programming. He has played with the Israel, London, Radio France, and Los Angeles Philharmonic orchestras as well as the Philadelphia, San Francisco, Baltimore, St. Louis, Dallas, Houston, and Vancouver symphonies under such conductors as Zubin Mehta, Herbert Blomstedt, Vladimir Jurowski, Rafael FrÃ¼hbeck de Burgos, Leon Fleisher, Peter Oundjian, Yoel Levi and others. Over the past several years he has also taught and played at the Steans Institute of the Ravinia Festival, New Yorkâs International Keyboard Festival and "Tel Haiâ international piano master classes held in Israel. He recently played and recorded the Mendelssohn Concertos Nos. 1 and 2 with the Israel Chamber Orchestra conducted by Yoav Talmi. This collaboration scored a major success on a 17-concert Latin American tour. In addition to his solo performances he plays with the the Goldstein-Peled-Fiterstein Trio.
For more information see http://www.alongoldstein.com/index.htm