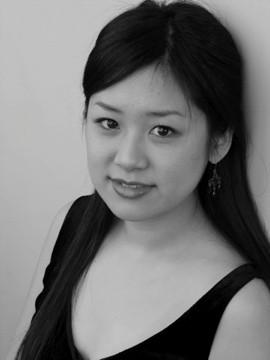 Mariko Furukawa
Pianist
Japanese pianist Mariko Furukawa was born in 1982, began her studies of the piano at the age of five and graduated high school from the Toho Conservatory. While studying in Japan, Mariko won the First prize twice at Piano Teachers National Association Competition (PTNA) in Japan both at the age of twelve and sixteen, resulting in an invitation to perform in Salt Lake City. In 1998 she was First Prize winner in the All Japan Studentâs Piano Competition.

Since Mariko has moved to the states in 2001, she won numerous awards include the Grand Prize at the annual Mannes Concerto Competition, resulting in a performance of with the Mannes Orchestra conducted in Lincoln Center, Grand Prix for excellence in piano performance at the summer festival at American Conservatory in Fontainebleau (France) in 2003, Third Prize at The Chopin competition in Asia which sent her as a delegate to the International Chopin Competition 2005 in Poland, and her recent achievement is the First Prize at Dorothey MacKenzie Prize (NY), and Third Prize at Porto International Piano Competition (Portugal) in fall of 2006. She was also a finalist at the Kosciusko Foundation Chopin Competition in New York in 2003.

In 2004 her performance of Chopin was broadcast on the Radio as part of the âYoung Artist Showcaseâ at WQXR. Mariko is an active chamber musician as well and she won the Mannes Chamber Music Competition in 2004, resulting in a performance with the Orion String Quartet. She has performed at numerous major halls throughout New York and Japan which include Lincoln Center, Carnegie Hall, United Nations, Steinway Salon, Yamaha Salon, Union Club, Goethe Institute, German consulate, French Consulate. She also appeared in master classes given by Jean-Yves Thibaudet, Vladimir Krainev, Richard Goode, Cyprien Katsaris, Idil Bilet, Philippe Entremont, Dmitri Bashkirov, Ewa Poblocka.

Since she came to New York. Mariko studied in The Juilliard School and The Mannes College of Music where her major teacher was Jerome Rose and Jacob Lateiner. Her major teachers include Yoriko Takahashi, Koji Shimoda.