LIVE MUSIC HAS RETURNED TO LONDON
The Serenata Music-London Symphonia concert with pianist Stewart Goodyear was a great success. It was a pleasure to sit with a live audience and listen to a wonderful performance especially Gershwin's Rhapsody in Blue. Many thanks to the staff of London Symphnia for making this a great evening. As mentioned on the right, we are planning more collaboration with the Symphonia.

Many of the London musical organizations have been having concerts over the past few months and are planning expended schedules for the coming season. Our understanding is that attendance to these concerts is reasonable considering the reluctance of many to congregate in crowds. This will probably continue as we hear about new variants of Covid 19 arising regularly. Hopefully, the coming season will see more people willing to venture out while still adhering to pandemic procedures. 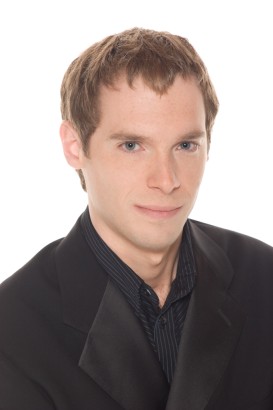 David Jalbert , piano
Pianist
David has appeared on our stage in 2010, 2011and recently in 2017. He is one of the most remarkable talents of the new generation. With his personal style, incomparable stage presence and refined ear, he has wowed audiences and critics everywhere in North America: "a deeply musical pianist" (Cleveland Plain Dealer), "a virtuoso in the best sense of the word" (La Presse), "...wide-ranging musical imagination, phenomenal technique, and an unerring lightness of being" (The Toronto Star). His first solo disc, dedicated to the works of Corigliano and Rzewski, was launched to great applause on Endeavour in 2004, and was followed up in 2006 by an equally successful recording of FaurÃ©'s complete Nocturnes. His most recent release consists of the 24 Preludes and Fugues of Shostakovich on the ATMA label (2008). David Jalbert has also recorded two cello and piano discs with his long-standing musical partner Denise Djokic, the first for Sony Classical in 2002, and the second for Endeavour in 2005 (Folklore, nominated for a Juno Award and listed in the top 15 of the Billboard charts), as well as a CD with French horn player Louis-Philippe Marsolais for the German label Oehms Classics. Mr. Jalbert performs regularly with his dynamic piano trio (with violinist Jasper Wood and cellist Yegor Dyachkov) under the name "Triple Forte". He has collaborated with the Alcan Quartet, as well as with pianists Anton Kuerti and Naida Cole. Mr. Jalbert is the 2007 winner of the prestigious Virginia Parker Prize of the Canada Council for the Arts, and is now Piano Faculty at the University of Ottawa.

David Jalbert has been a guest soloist with many great orchestras, such as the Montreal Symphony, the Vancouver Symphony, the Toronto Symphony, the Winnipeg Symphony, the National Arts Centre Orchestra, the CBC Radio Orchestra and the National Symphony of Ireland, and has collaborated with conductors like Skitch Henderson, Yannick NÃ©zet-SÃ©guin, Bramwell Tovey, Jacques Lacombe, Marc David, Dmitry Liss and Mario Bernardi. He has performed in Canada, the United States, Mexico and Europe; his vast repertoire of solo and chamber music stretches from Bach to Ligeti. Mr. Jalbert's interests in literature, cinema, rock'n'roll and blues shine through in his musical selections, which can be heard regularly on CBC Radio and Radio-Canada broadcasts.

David Jalbert holds two Artist Diplomas: one from the Juilliard School in New York, the other from the Glenn Gould Professional School in Toronto. He received his Masterâs Degree from the UniversitÃ© de MontrÃ©al at age 21, winning the Governor Generalâs Gold Medal for the best results of all of the University's graduate students. His main teachers have been Jerome Lowenthal, Marc Durand, AndrÃ© Laplante and Pauline Charron. He has also worked with Leon Fleisher, John Perry, Claude Frank, Gilbert Kalish and Marylin Engle.